Posted on August 26, 2009 by explorermikaelstrandberg 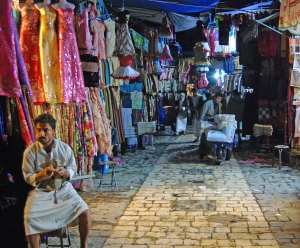 A few hours ago I woke when the muezzin called for another day of fasting, accompanied by warplanes heading for the Saada Province and realizing that the Yemeni government under Abdullah Ali Saleh was stepping up their attempt to stamp out the Al Houthi-rebellion in the north. At least 10 of them passed over the legendary Old City of Saana, the city which according to legend was placed here by Sem. After that experience, it is always frightening to hear the sounds of war just outside your own comfort zone, I couldn´t sleep even though I went to bed at 4 a.m, so I read an article about the 100 Yemenis (50% of all) detainees still locked up at Guatanamo Bay accused of terrorism. The rain was pounding down hard on the streets below and I remembered what my new friend A said just a few hours earlier: 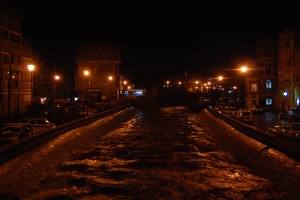 “I think this is vital for the future of the country” , he said whilst sipping at the hubble-bubble (the water pipe which is called shisha here in Yemen) , “If we can´t destroy them now, in this the 6th war against the Houthis, we will not get any further and the country will probably fall apart. But I think this time we will win.”

A is one of the Yemen’s young brains and the future brain trust, a great fellow, who have been called back from abroad to use his know how to save the country. Ours was a business meeting, the first I have ever had at 1.30 a.m, but than again this is after all Yemen, this amazing country! 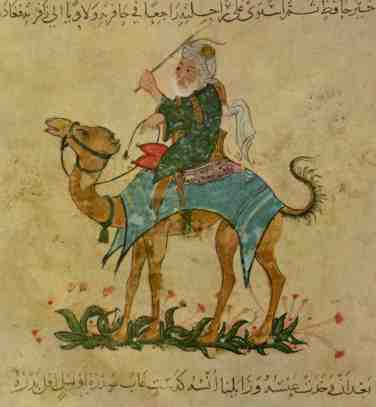 “It is a fantastic feeling being back in Yemen after so many years abroad” , he said sucking the pipe, enjoying his taste of apple, “but it is not easy. I don´t know if you read this article published in Time Magazine just recently? About the Yemenis chewing kat and in that way killing the country? Well, it is true. They start thinking about chewing kat at 1 p.m, and loose their concentration. This is a problem.”

I have noticed this. It is everywhere, the kat chewing. People guarding the school, guarding government buildings, well, everywhere in San’a, but than again, it is part of life here and I guess, when there´s very little hope, a commodity many Yemenis lack right now, one just wants to forget about the negative aspects of life and think about the good ones! Which I did after waking up. I thought about one of the greatest travellers of all time, Ibn Battuta who describes his visit to Yemen in the year of 1329:

“We went on from there to the town of Ta’izz, the capital of the king of Yemen, and one of the finest and largest towns in that country. Its people are overbearing, insolent, and rude, as is generally the case in towns where kings reside.” 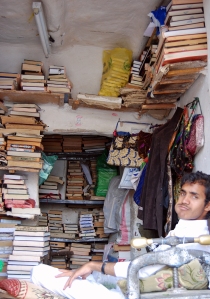 Ibn Battuta is known amongst pretty much everyone here in Yemen. The same applies to Oman. It is sad that he isn´t better known in the West,where we highlight the travels of Marco Polo, who in comparison to Ibn Battuta is a mere tourist. In short, Ibn Battuta traveled for nearly 30 years, from Morocco to China and back and much more. I have written about him earlier, read more here and no matter to whom I talk about my journey, Ibn Battutas travels always comes up. Amazingly enough, the best scholar on Ibn Battuta is living here in San’a and I have met him once at a kat chew of course, Tim MacKintosh-Smith. He has lived here for as long as Ibn Battuta traveled and is more Yemeni than European. A great and very humble guy who have written two books on Ibn Battuta. And one on Yemen, which is a superb read. In this book he highlights a lot of the positive aspects of the Arab World and its Golden Era, about which I will write more next time!

By the way, Tim Mackintosh-Smith told me a joke, which is probably the oldest joke alive, especially in the Arab world. It is from the 12th Century and goes like this:

“A Christian decides to convert to Islam and is told that to be able to do this he has to say Allah Akbar and Mohamed is his prophet plus he has to get circumcised. Which he does. But after awhile he regrets his conversion and wants to leave the new religion, but is told he will get his head cut off if he does. Very upset he exclaims: What kind off a religion is this where you get your dick cut off when joining and your head  when leaving it!”

Anyway, time for me to go to class and hear Rashads stories from daily life in Yemen. As interesting as Ibn Battutas passage through Yemen! By the way, interesting analysis in the Yemen Times about the situation here! 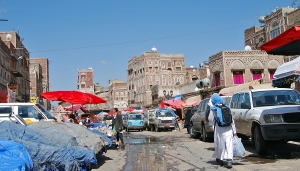 Sanaa hiding from the heavy rains.